An internet radio station has handed over a cheque for £20,000 to a north-east cancer support charity after raising money through the sale of merchandise that features some of its most loved sayings.

Cabrach Community Radio, which has found fame by documenting the adventures of Sandy, Stanley, Pat, Jimmy and Beldie through videos on Facebook, has donated the funds to CLAN Cancer Support after selling branded t-shirts, hats and mugs at a number of outlets across the north-east of Scotland.

The items feature two of the spoof station’s most well-known Doric sayings, ‘wecht’ and ‘sing along, back o’ the bus’, and have instantly become a hit with a number of the station’s 40,000 plus followers on the social network site.

With shops selling out within days of the stock hitting the shelves, the page has been inundated with followers sending in photos of them wearing the t-shirts across the world, with the merchandise popping up in locations throughout Scotland and as far afield as Italy, Canada and Australia.

Beldie, one of the stars of Cabrach Community Radio, said: “What started as a bit of fun on Facebook soon gathered pace last year and it’s brilliant to now have over 40,000 people on the page; it really is incredible and something we didn’t imagine happening at all.

“We had the idea of selling some merchandise with some of our favourite sayings on them and we were trying to think of some sort of charity who could maybe benefit from these sales. Some of us knew of CLAN and the great work it does across the north-east so we thought they would be a good fit.

“We’d like to say massive thanks to all the shops who have sold the t-shirts, hats and mugs and to all those who have bought an item over the last few months. To raise £20,000 is fantastic and we’re delighted that CLAN can benefit from this brilliant total.

“We plan on continuing to sell the merchandise across the north-east and will continue to donate the proceeds to the charity. If we can help out CLAN while continuing to make a lot of folk laugh through the page, it’ll be brilliant.”

Susan Crighton, CLAN’s fundraising manager, said: “When we heard that the guys from Cabrach were going to be donating some funds from the sale of their merchandise, we were delighted but when we heard the total they had raised, we were completely blown away.

“The generosity shown is massively appreciated by everyone associated with CLAN and it really is fantastic that so many people have supported them in their fundraising effort. Everywhere you go in the north-east you can see someone wearing a t-shirt and the popularity and love for the Facebook page and the sayings is really there for all to see.” 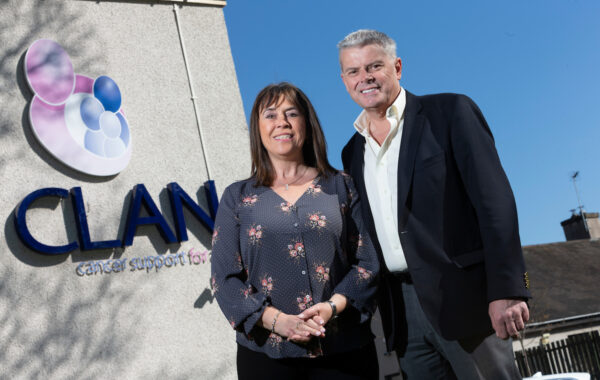